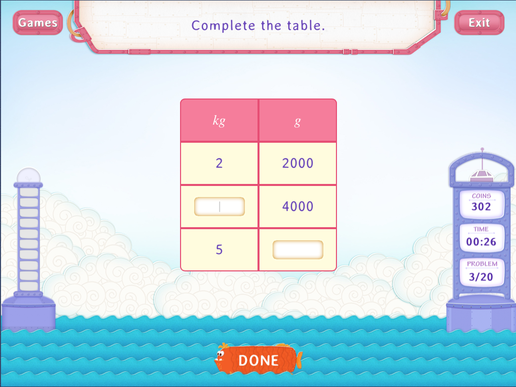 - Apply the knowledge of basic multiplication and division to convert a given quantity of a unit to another unit.

Imagine a world without any measuring units. Wouldn’t such a place be very imprecise? Measuring units are used in all spheres of life. We use kilometer/hour (or miles/hour, depending on which country we are in) to measure the speed of a car; grams, kilograms or pounds to measure flour or sugar; or litres to measure milk . Introducing children to the concept of measurement prepares them to bring home the right quantity of sugar and, who knows, launch America’s next space shuttle!

Do you know the US is one of the only three countries in the world to not use the metric units officially? Well, though the metric system isn’t as popular as customary units in the US, the metric or SI units are frequently used in fields such as science, technology and medicine even in the US.

5.MD.1Convert among different-sized standard measurement units within a given measurement system (e.g., convert 5 cm to 0.05 m), and use these conversions in solving multi-step, real world problems.