What is long division?

To divide two numbers using this method, a tableau is drawn. The divisor is written outside the right parenthesis, while the dividend is placed within. The quotient is written above the over bar on top of the dividend.

Here’s an example of long division with each step shown clearly. 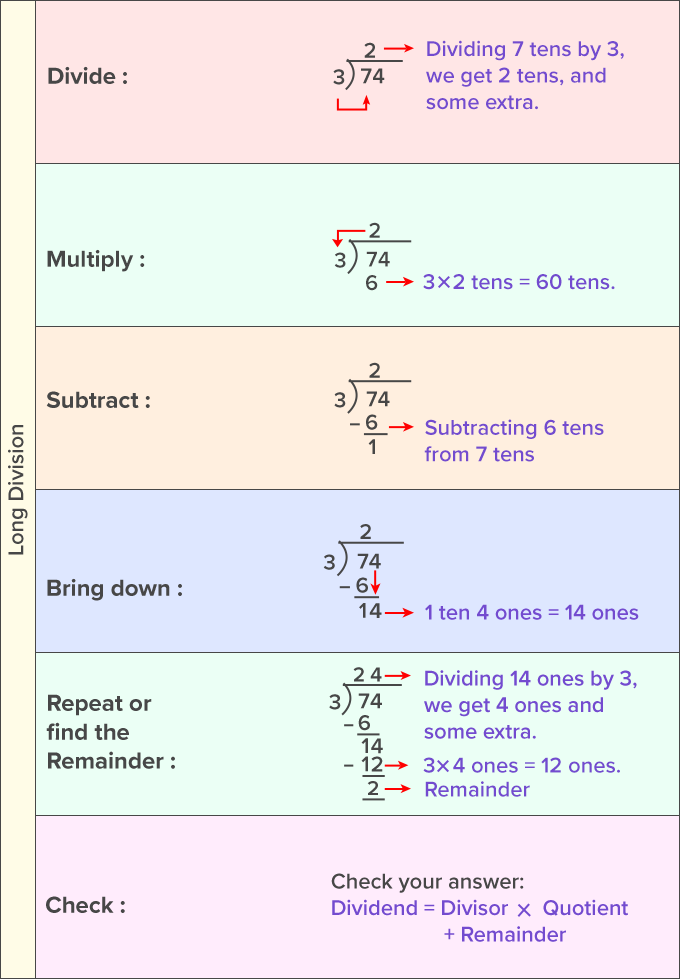 Here’s an example of long division with decimals. 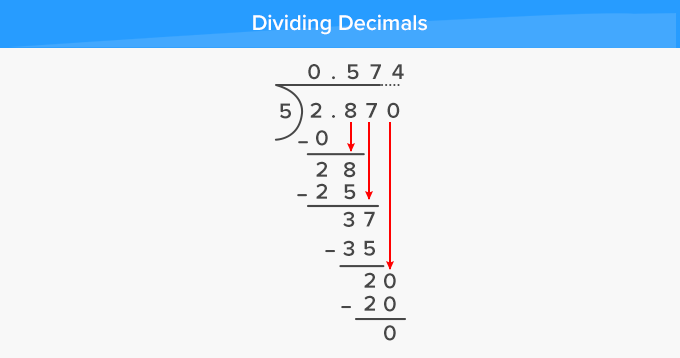 When you have large numbers to divide,
draw a tableau for long division on the side.
Write the steps that will be your guide,
D, M, S, B and R – Abide by to long divide!

Instead of showing videos for teaching long division or handing out practice worksheets to your 4th graders, cite real-life instances wherein they can use long division method to divide.
Say, while preparing cupcakes and cookies for a bake sale in school, you can ask your child to calculate the number of batches in which cookies or cupcakes can be prepared (basis the number of molds in a tray) if the total number of cookies and cupcakes required is given. You can also ask them to calculate the total number of cartons required if each cookie carton packs 15 cookies and the cupcake carton packs 6 cupcakes. Ask them to calculate using the long division method.

Pick the correct answer
1.   In long division, what is the number you divide by called?
2.   What is the result of a division problem called?
3.   301 ÷ 3 = ?
4.   There are 60 cupcakes that need to be packed equally in 7 boxes. How many cupcakes will be left unpacked?
Jump to section:
Try SplashLearn for Free