Why parents choose SplashLearn for their first graders?

Decompose Numbers Less than 20 into Tens and Ones 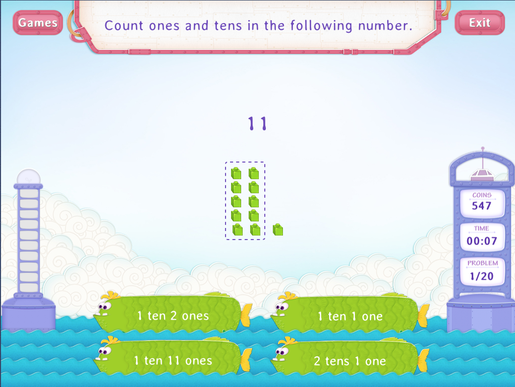 1.NBT.2Understand that the two digits of a two-digit number represent amounts of tens and ones. Understand the following as special cases: