Subtract 2 Digit Number from 2 Digit with Regrouping within 100 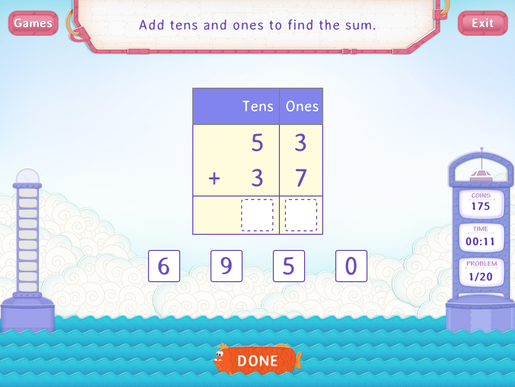 - Decompose tens as ones to subtract a 2-digit number with regrouping.

- Work with subtraction sentences to fluently subtract numbers with regrouping.

When children figure out the amount of pocket money left after a day out with friends, they would probably need to subtract two 2-digit numbers. Similarly, adults perform subtraction frequently in budgeting expenses for the month.

After getting comfortable with subtraction of double-digit numbers involving regrouping, children can now graduate to solving subtraction word problems within 100.

2.NBT.5Fluently add and subtract within 100 using strategies based on place value, properties of operations, and/or the relationship between addition and subtraction.