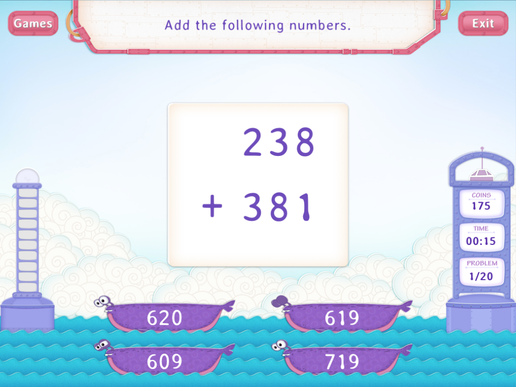 Imagine playing your favorite game and accumulating, for example, 875 points. You now want to buy an add-on feature of the game that’ll consume some 298 points. How many points would you be left with? You’ll need to subtract 298 from 875 to know the answer.

Now that third graders are fluent with subtraction within 1000, they can progress to learning subtraction across zeros.

3.NBT.2Fluently add and subtract within 1000 using strategies and algorithms based on place value, properties of operations, and/or the relationship between addition and subtraction.