In Grade 5, kids enhance their fractions skills. They learn about unlike and mixed fractions which lay the base for algebra and prepares them to understand the links among fractions, percentages, and decimals. SplashLearn’s games on adding & subtracting fractions help kids to ace this topic. 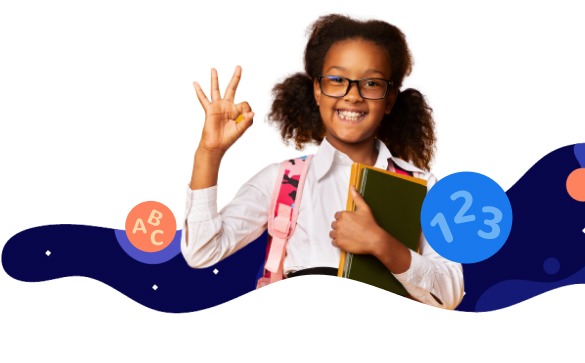 All Games for 5th Graders on Adding & Subtracting Fractions

Fractions form an integral part of the grade 5 curriculum. Kids learn to add and subtract fractions having different denominators. They also developed the concept for adding and subtracting mixed number fractions. Proper knowledge of these concepts strengthens their foundation for learning advanced topics involving algebra, decimals, and percentages.

Making Progress With Addition and Subtraction of Fractions

In this topic, kids gain knowledge about unlike and mixed fractions. Learning fractions prepares kids for studying higher math concepts, such as algebra, decimal, and percentage. Kids recall their concept of equivalent fractions and improper fractions to solve the problems.

When solving addition and subtraction problems of unlike fractions, kids learn to convert them into like fractions and then find the answer.

For example, suppose kids need to find 3/4 + 1/3. They convert the unlike fractions into like fractions first. Kids then use their concept of like fractions to find the answer, 13/12. Kids may find it difficult to grasp the concepts of unlike and mixed fractions.

Kids can face several hurdles when learning fractions. Due to the various operations used in fraction problems, kids can get confused, such as addition, subtraction, comparison, simplification, etc. They may make conceptual errors, procedural errors, and application errors. All these can shake their confidence, and they may develop a fear of fractions.

You can help your kids overcome their learning hurdles by introducing them to an interactive learning mode. Online games are among the best ways to help kids learn the concept of fractions.

You can also make kids understand the concept by using real-life examples. For example, you can use different pieces of apples to explain the concept of unlike fractions and then teach kids how to add or subtract them.

SplashLearn’s online add and subtract fractions games eliminate confusion and infuse enthusiasm in kids to learn fractions. The curriculum-aligned activities simplify the topic and make it fun for kids to solve the problems.