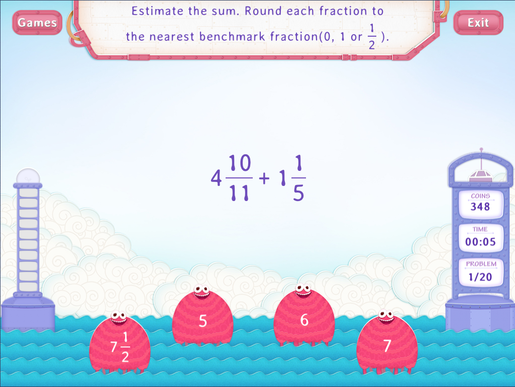 - Add mixed fractions through estimation, understanding the relative magnitude of the fractions.

- Fill in the intermediate steps in an addition problem for comprehensive understanding.

Whether we are adding ingredients for our next batch of cupcakes or money in different denominations, we are essentially adding mixed fractions. The ability to visualize mixed numbers as that - a mix of whole numbers and fractions - helps us work with them efficiently.