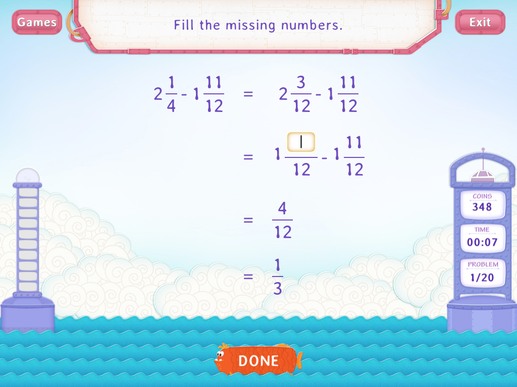 - Begin by subtracting mixed fractions through estimation, understanding the relative magnitude of the fractions.

- Fill in the intermediate steps in a subtraction problem for comprehensive understanding.

We work with mixed fractions more often than we realize. Imagine meal prepping for the week. Now, say, you need 2½ pounds of tomatoes to last you the entire week and you already have ½ a pound in your fridge. How much more do you need to buy from the supermarket? Yes, you need to subtract mixed fractions to figure out your answer.

Now that fifth graders are comfortable with adding and subtracting mixed fractions, they can proceed to learn multiplication and division of fractions.