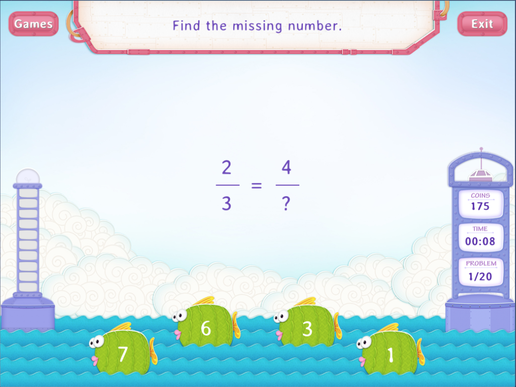 - Identify the missing numerator or denominator in a pair of equivalent fractions.

- Identify whether two given fractions are equivalent.

After getting comfortable with equivalent fractions, children can learn to compare fractions with same denominators.