All Fractions and Decimals Games for 5th Graders 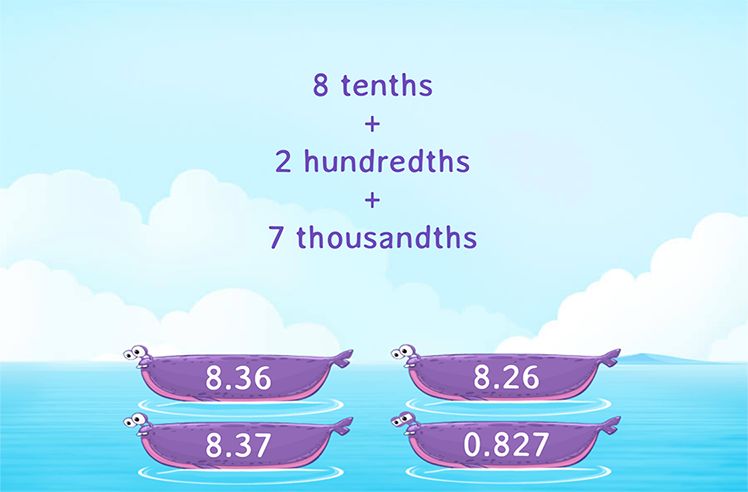 The game requires students to work with a set of problems on composing numbers and use their conceptual understanding to find the answer. Your young mathematician will learn to convert decimal numbers from word form to standard form in this game. Students will need to analyze and select the correct ... 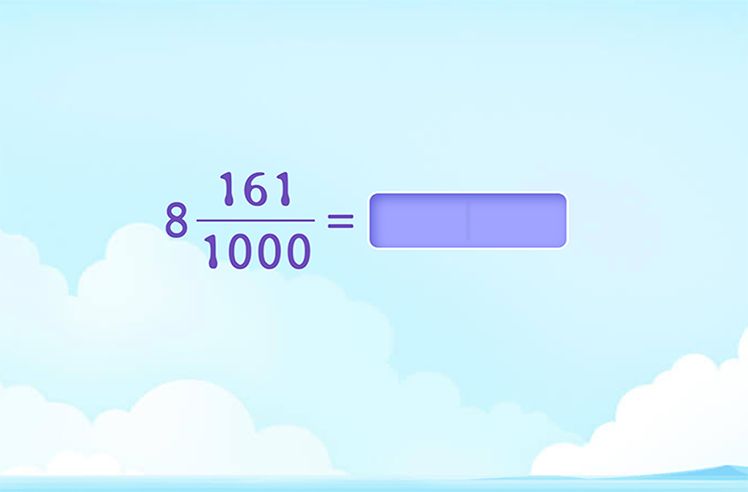 Build your child's skills of fraction conversion with this game. Students' struggle with conversion of fractions into decimals is often attributed to a lack of adequate practice. Timely and effective practice with a focus on fundamentals will help your child become more proficient in these concepts.... 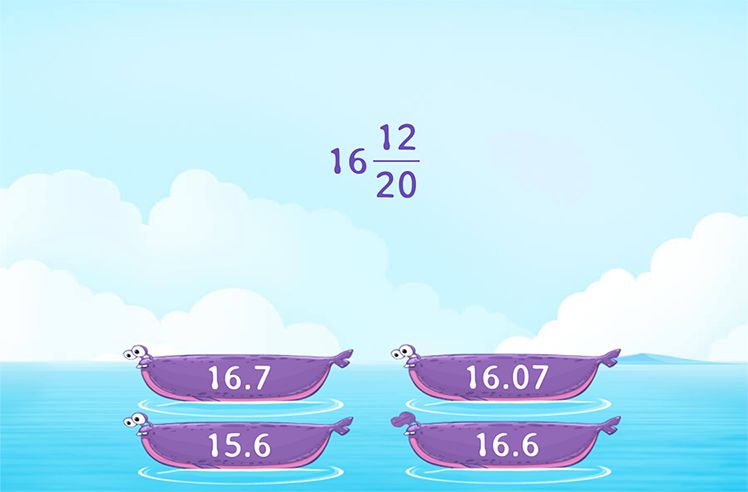 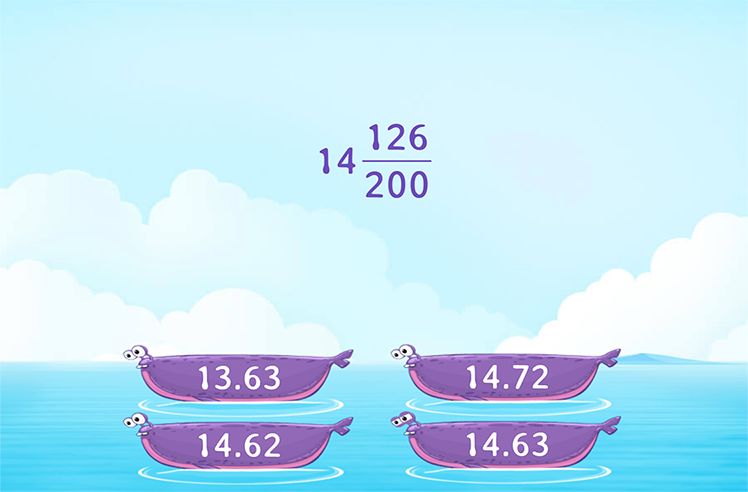 Your young mathematician will learn to convert from fractions to decimals (convert hundredths) in this game. Students will need to analyze and select the correct answer from a set of given options. Your fifth-grader will develop the required confidence by solving a variety of problems on fraction co... 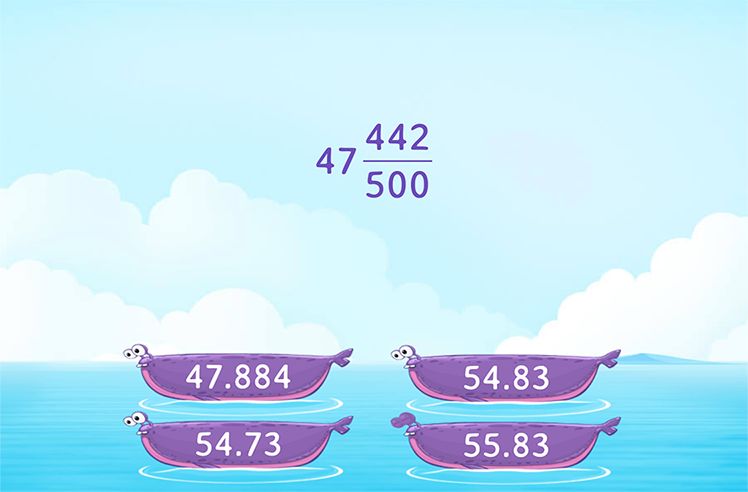 Nudge your child towards mastery in the concept of fraction to decimal conversion with this super fun game. The game encourages students to apply their understanding of hundredths to find the decimal equivalent of the given fraction. Students will need to analyze and select the correct answer from a...

Fractions and decimals are intricately linked to each other. Understanding fractions is vital for understanding decimals. Since they are both used to represent numbers that lie between two whole numbers, teaching one is often incomplete without teaching the other. Online educational games offer the best way to teach kids about fractions and decimals.

Fractions and Decimals - Why Should Kids Learn?

From money to weight to height, kids might have to perform mathematical operations on decimals on a daily basis. Most of the numbers in the real world are in the form of decimals and fractions.

Fractions are typically written in the form of one number on top of the other with a line separating them, such as 1/2 or 5/8. Fractions are represented as x/y where there are x and y are two whole numbers. If you divide x with y, you get the decimal form. For example, 1/4 is a fraction. If you divide 1 by 4, you get the equivalent decimal that is 0.25.

Decimals are a way of representing fractions where there is a whole number and the fractional portion following a decimal point such as 1.25 or 6.73.

Given the importance that fractions and decimals have in real life, it is crucial to lay the right foundation while learning them. It helps kids truly understand the concept and helps them be at ease with them rather than see them as the enemy.

The best way to help kids understand fractions and decimals is by using interactive games. Some educational platforms such as SplashLearn have designed games to facilitate the learning process and make it fun and interesting so that the kids actually want to learn.

Place value charts make it easier for kids to practice decimal operations without getting confused. Once kids have practiced enough using place value charts, they can move on to adding and subtracting decimals without the charts.

Help kids gain an innate sense of decimals by having them convert words to decimals. This educational game also improves their sense of place value of decimals.

Educational online games that use models to teach fraction and decimal operations depict the operation visually. Visual learning helps them grasp the concept better and become more confident in dealing with fractions and decimals.

Before moving on to performing the actual operations, it is immensely helpful to use estimation games. The online estimation games improve the kid's number sense and make the process seem easier.

What Makes Fractions and Decimals Complicated?

When kids are introduced to decimal and fraction operations in fifth grade, they often get confused as the rules for fractions and decimals are not the same as those for whole numbers. The fear of fractions and decimals, which often stems from not fully grasping the concepts well, can lead to negative feelings towards mathematics their whole life.

One of the common reasons kids struggle is that they are often taught fractions and decimals together. Learning about both and the relation between them can become confusing and too complicated for kids. Teaching both separately and then teaching the relationship between the two can help solve this issue.

As with most things, kids become more comfortable with things when they are exposed to them more. Taking your kids along with you for grocery shopping and showing them decimals, asking them questions about it, or involving them when you are cooking to show them real-life applications of fractions are fun and engaging ways to help your kids overcome their fear of decimals and fractions.

Besides, let them play curriculum-aligned games on SplashLearn that offer personalized learning and interactive ways to learn mathematical skills.