With geometry games for 3rd graders, kids will learn to identify parts of a whole, halves & thirds, and shape patterns. They will also learn about shapes like triangles, quadrilaterals, and more! Now infuse fun with learning! 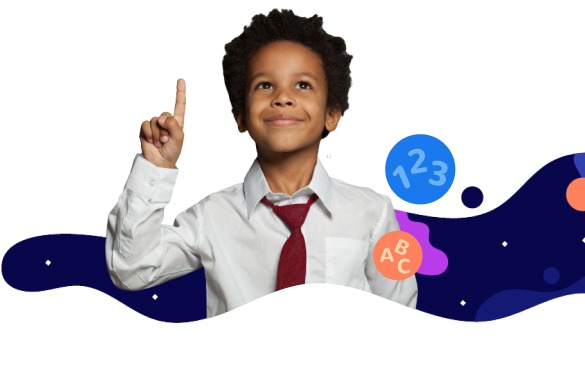 Games for 3rd Graders on Shapes

All Geometry Games for 3rd Graders

The kids start to recognize and appreciate geometric shapes around them during their early years. By the time kids enter school, they are able to recognize shapes by their non-defining attributes like color and size. With formal education in geometry, the children are able to identify and classify shapes according to their defining geometric properties. For example, the kids have in-depth knowledge about 2D and 3D geometric shapes by the end of grade 2. They are able to relate 2D and 3D geometric figures on the basis of their attributes.

Grade 3 Geometry has a strong connection with other fields of mathematics like number base ten and measurement. For instance, in grade 3, the children get an introduction to the concept of fractions. This enables them to identify the fraction names of the partitioned shapes. Also, partitioning circles in half, quarters and into twelve parts, lays the foundation for understanding an analog time clock. The children find it easier to understand the concept of telling time to half hour or quarter after they have develop understanding of partitioning shapes.

In Grade 3, the focus is on four critical areas:

Grade 2: The kids learn to identify and draw shapes according to the given attributes. They learn to draw shapes as per the specified number of faces or geometry angles. They are able to identify pentagons, hexagons, quadrilateral, and triangles. They also learn to partition a rectangle into same-size squares. They then count these squares to determine the size of the rectangle. The kids learn to partition rectangles and circles into two to four equal shares. They describe the partitioned shapes using the words like half of, third of, thirds, halves. They understand the wholes as four fourths, three-thirds, and two halves. 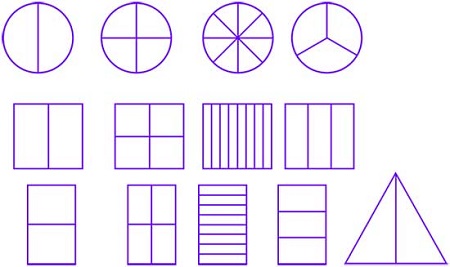 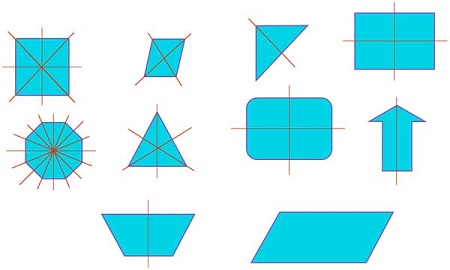 They use different attributes like parallel lines, right angles, side length to recognize different quadrilaterals. In grade 2, they learned about rhombuses and trapezoids. In grade 3, they learn about parallelograms.

The kids should be able to answer geometry questions like:

In grade 3, the kids learn about fractions formally. They build on the idea of partitioning whole shapes into equal parts. These shapes can be rectangles or circles. The kids are expected to partition shapes into halves, thirds, fourths, sixths, and eights.  They learn the fractional names of these equal parts. They investigate that a shape can be divided into various ways. For example, a rectangle can be divided into two equal parts in the following ways: 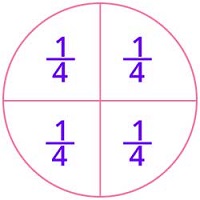 The kids should be able to find geometry answers to questions like:

The researches have shown that children learn better through games. In recent times, math games have become popular. One of the most important reasons to introduce learning games in Mathematical teachings is the excitement and enthusiasm it brings in to the kids. Math games enable children to experience success and satisfaction and thereby, develop confidence in their newly acquired skills. Mathematical field of geometry requires visualization for better understanding. Geometry games help develops visualization skills in children. Some interesting third grade math games are given below:

Objective: Classifying quadrilaterals on the basis of parallel and non-parallel sides.

Game Plot: Each player, in turns, needs to push the wheel for rotation. When the wheel stops the arrow will point to one of the three sections on the wheel. There is a geometrical attribute mentioned on each section. The player will need to mention all the 2D geometry shapes names they can relate with that attribute. E.g. If the wheel stops at “Only one pair of parallel sides” he/she can list trapezoid as the correct shape. This game guides the children to relate the properties with each of the shapes and also help them visualize these properties. The game invokes healthy competition between them along with improving their learning’s for geometrical shapes.

Objective: Classifying parallelograms on the basis of sides and angles.

Previous understanding: The players should identify parallelograms like a square, rectangle, and rhombus. The player should have knowledge about square angles or right angles. 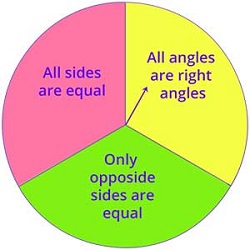 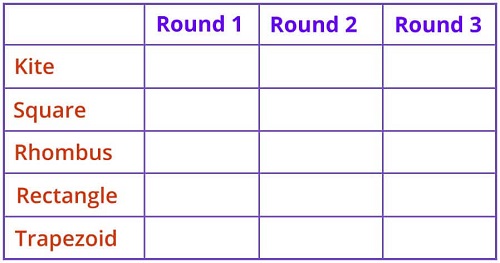 Game Plot: Each player, in turns, needs to push the wheel for rotation. When the wheel stops the arrow will point to one of the three sections on the wheel. There is a geometrical attribute mentioned on each section.

The players have a list of the names of different types of quadrilaterals they have learned. The player needs to tick all the shapes that fit the geometrical attribute on which the arrow has stopped. The player who correctly selects all the shapes first wins the game. E.g. If the wheel stops at “all angles have right angles” he/she can tick the square and rectangle that appears on the list. This game guides the children to relate the properties with each of the shapes in a fun way.

Classification skills require deep understanding and practice. The geometry games have the ability to induce much more practice in children than the traditional methods of teachings. While playing such geometry games, the children don’t mind repeating some procedures or facts over and over. This helps them master the concepts relatively faster.