40 Best and Fun Math Riddles for Kids with Answers 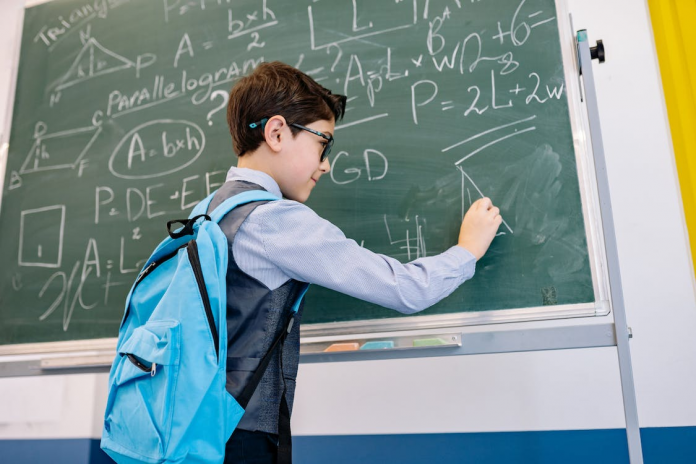 Math is a dynamic subject that is either enjoyed by kids or loathed, and this impression tends to stick around in the minds of most kids as they grow up. Math riddles for kids can be a great resource to dispel the fear of the subject and introduce them to how interesting it can be from an early age.

Math riddles help kids improve their critical thinking skills, have higher levels of awareness in general, and develop problem-solving skills that will benefit them in other ways.

Before we begin, let’s look into some of the benefits of math riddles.

Engaging Math Riddles for Kids and Their Benefits

Here are some of the benefits of kids’ math riddles:

Math riddles help kids better understand and become aware of metalinguistics, i.e., the nature of language, as riddles are wrapped with tricky words to create a sense of ambiguity. They contain metaphors and numerous perspective shifts, which probe kids to interpret each word and look between the lines for the answers.

As they search for hidden meanings and intonations, they become acquainted with different linguistic devices, such as homophones and synonyms.

Kids’ math riddles foster them to think outside the box and explore possibilities that automatically boost their critical thinking skills. With more practice, they can sharpen their numerical skills as well.

It won’t be long before a kid can answer the hardest riddles within seconds for the brain’s analytical capacity to respond to riddles is much better and improves with time and practice.

Math riddles for young kids have an element of curiosity, which makes kids bend from traditional ways of looking at a problem and think out of the box. This helps to improve critical thinking skills in kids.

These skills come in handy in situations where conventional approaches don’t work. Kids start to think of all possibilities as they try to solve riddles, and with practice, this becomes a reflex, aiding them in critical problem-solving.

5. Get Rid of the Fear of the Subject

Most importantly, math riddles are fun and mind-bending, which takes away the element of fear from kids who think they are not good enough at the subject. Fun math riddles create an entertaining and interactive environment that automatically makes math learning fun.

1. If you add a number to the number itself, multiply it by 4, and divide the product by 8, you will get the same number again. What is that number?

2. If Mary has seven daughters, and each has a brother, how many kids does Mary have?

– Eight: one boy and seven girls

3. If seven people meet each other and each shakes hands only once with each of the others, how many handshakes will there have been?

4. Three times of which number is no greater than two times the same number?

5. How many sides can you see in a circle?

7. Two children leave for school. One leaves fifteen minutes before the other; however, they cross each other in the school parking lot. Which child is nearer to the school?

8. If two math books were complaining, what would they say to each other?

– I have way too many problems.

9. Isabella has a big family of twenty cousins, ten uncles, and ten aunts. Now each cousin has an aunt who is not Isabella’s aunt. Who is that aunt?

– The aunt is Isabella’s mother.

10. When Harry was six years old, his little sister Mary was half his age. How old will Mary be when Harry is forty years old?

– She will be thirty-seven years old.

Easy Math Riddles for Kids They’re Sure to Love

Riddles don’t always have to be hard right? We have listed some easy math riddles that are super easy to solve.

– Both will weigh the same—one pound.

3. Name a 3D shape that looks the same as your favorite ice cream.

4. Name the shape that has no angles but is not a circle. Hint: It looks like an egg.

5. Tom said that, in two years, his age would be twice as old as he was exactly five years ago. What is Tom’s age now?

– Tom is twelve years old; in two years, he will be fourteen, which is twice when he was seven years old.

7. If you are given three positive numbers and have been asked to add them and then multiply them, the result will be the same. Mention these numbers.

9. If I am a number who has a couple of friends, which number am I?

10. What is it that a sphere has three of, a circle has only two of, and a point has none?

Simple Math Riddles for Kids for a Fun Break

Easy yet hard to crack for some, here are some simple math riddles your kids will enjoy:

1. If Jake, Jacob, and Jerry attended a football match and each purchased one ticket, how many tickets did they buy in total?

2. Tom went to the supermarket and bought ten potatoes. On his way home, he discovered that all but nine potatoes were rotten. How many potatoes were edible?

3. Name the favorite dessert of a math teacher.

4. If two moms and daughters are baking a cake each for Christmas, how many cakes should there be in all?

5. What will be the answer if you are given a telephone and asked to multiply all the digits on the pad?

7. In a three-digit number, the second digit is four times greater than the third digit. The first digit is three times less than the double-digit. Guess the number.

– They can add two matches to the three to make a roman numeral eight.

Tricky Math Riddles for Kids to Hook Your Child

Intriguing and creative, these tricky math riddles will keep your kids in problem-solving mode.

– $45, as the price is devised at $5 for each letter required to spell the item.

3. How many times can you subtract five from the number 25?

4. If two’s a couple and three’s a crowd, what are four and five?

5. Mention an odd number that becomes even when you take away an alphabet from it.

6. If you have three hens on your farm, which lay three eggs in three minutes, how many hens do you need to lay five hundred eggs in five hundred minutes?

– Only three because all three hens will be laying eggs simultaneously and at a fixed pace.

8. Which number keeps going up and never reduces?

From what age should kids be introduced to math riddles?

Kids can be introduced to math riddles between the ages of five and seven, which is when they start developing critical thinking skills.

How do math riddles help socially?

When played in groups, math riddles create a healthy competitive spirit and help kids engage with their team members and think of different possibilities to solve a riddle.

Solving riddles enables children to focus on a particular problem, which stimulates the brain and helps in building better cognitive skills.

Engaging and fun math riddles help greatly improve a child’s performance in any subject as it boosts their focus and critical thinking abilities. So, math riddles for kids can absolutely help them perform better in math at school.

Puzzle and Riddles for Kids

Puzzle and Riddles for Kids

5 Best Quizzes for Kids to Help Nurture Their Curiosity

Amy Paige
Amy Paige has been teaching for the last 12 years. She’s a late tech convert who loves to utilize technology in her classroom to motivate students and prepare them for the 21st century.
Explore 8000+ Games and Worksheets
Try for free