A wide range of geometry deals in flat shapes that you can draw on a piece of paper, such as squares, circles, and triangles. Solid geometry deals with three-dimensional solid shapes that exist around us, such as spheres, cones, and cubes. The outer layer of an object we see around us is called the surface of an object. It has an area but no thickness. For example, the surface of a mirror is smooth. These solids have either flat or curved surfaces.

Let’s explore the definition of flat surfaces and more.

What is a Flat Surface in Geometry?

In geometry, a flat surface is also called a plane. Plane geometry deals in flat shapes that you can draw on a piece of paper, such as squares, circles, and triangles. A plane or flat figure has two dimensions: length and width. 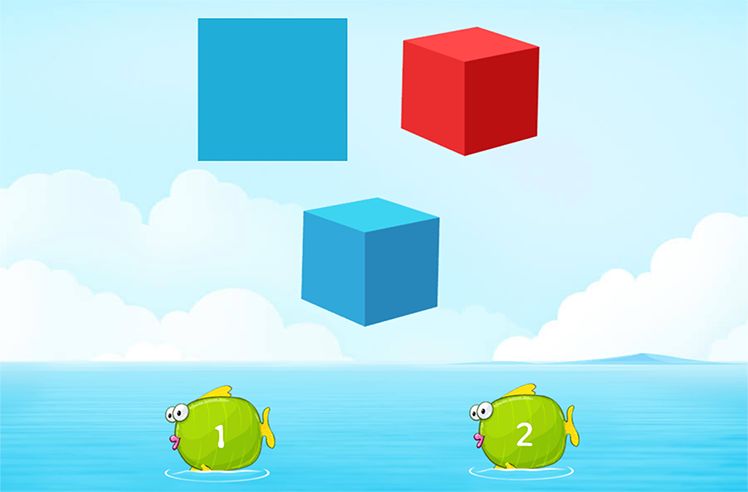 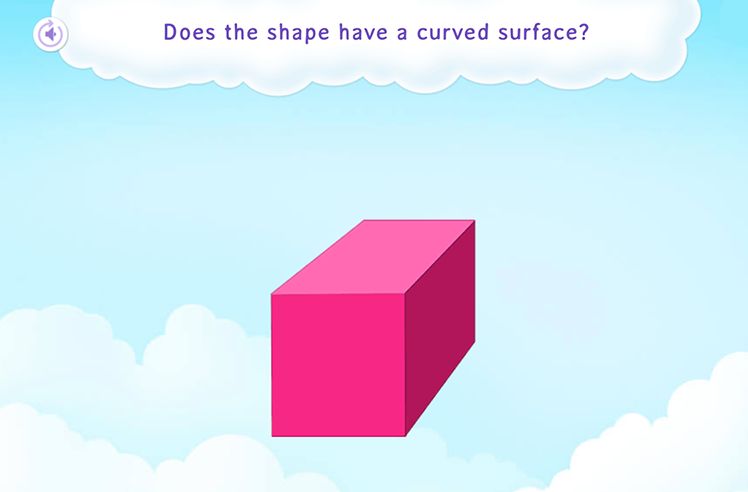 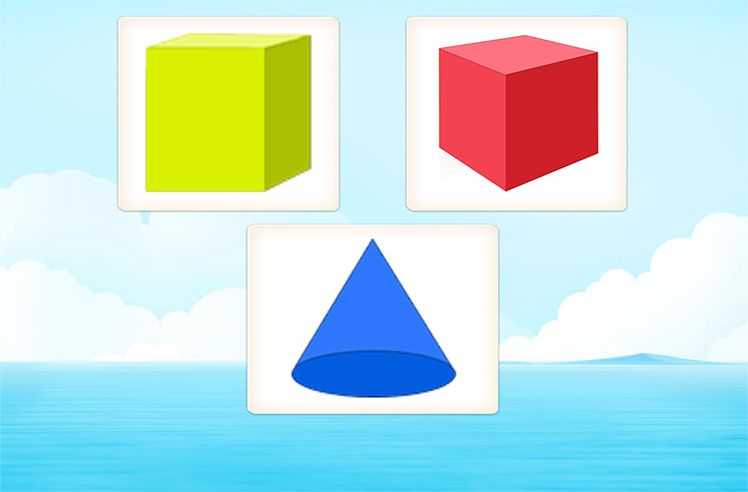 Identify Shapes on the basis of Surfaces Game 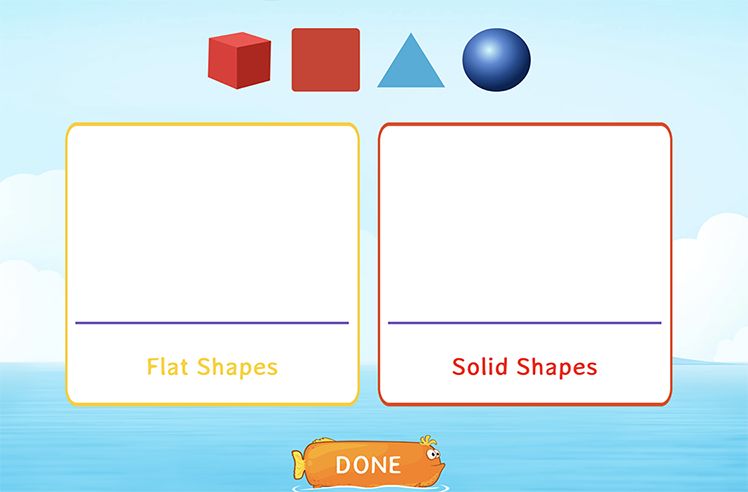 A solid or 3D shape is a shape that takes up space. They consist of 3 dimensions, namely length, breadth, and height. They are all the things that we can hold. They are found in our day-to-day life. For example, your books and football are solid shapes.

Some features are standard across all the 3D shapes. These features include faces, edges, and vertices or corners.

The surface of a solid, which are flat, is also called the face of the solid. The face of a solid can be any flat shape, such as squares, circles, triangles, and so on. An edge is the line segment where two faces of the solid meet. Two or more edges meet at a point called the vertex. A solid shape can have one or multiple surfaces. Let’s study the different types of surfaces a solid shape can have. 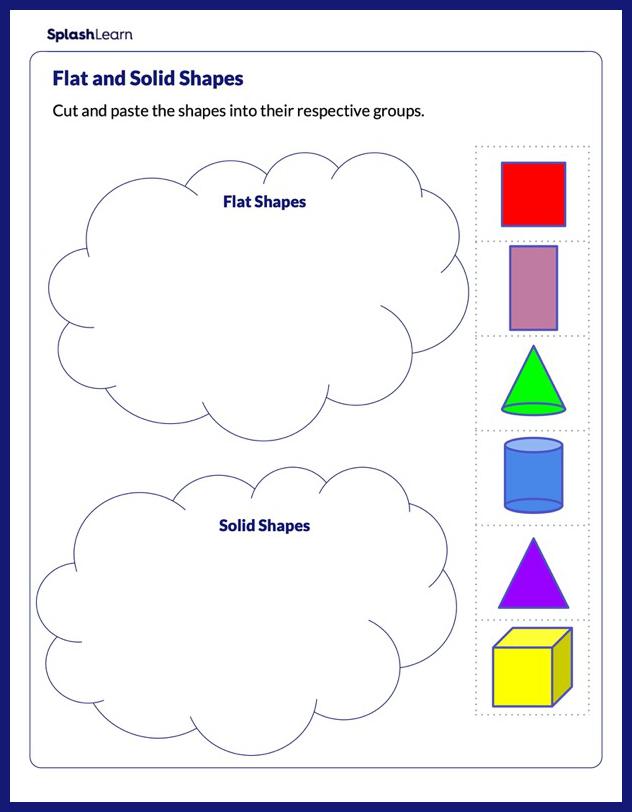 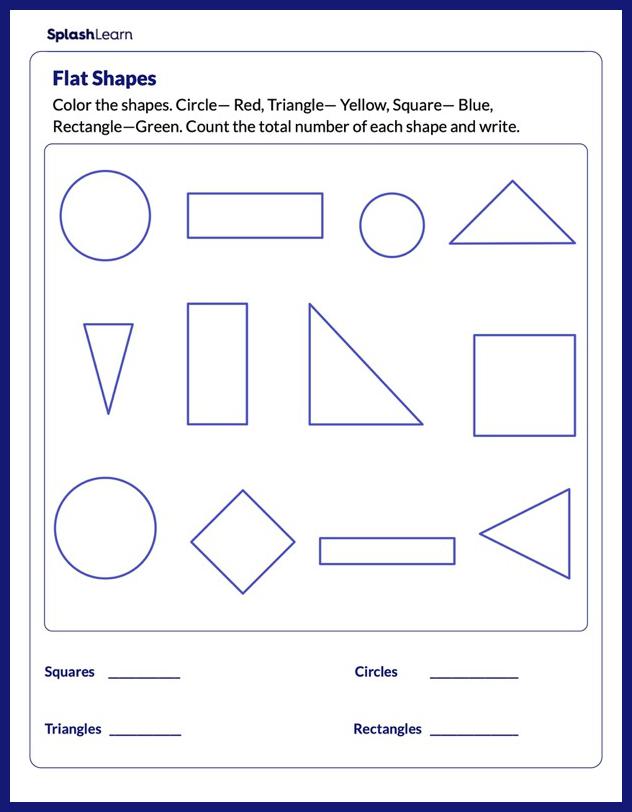 There are mainly two types of surfaces in a 3D shape: flat and curved surfaces.

How to Identify Flat Surfaces in 3D Shapes

As we have read in the previous section, the surface of a solid can be flat or curved. The plane surface of a 3D shape is a plane figure, such as squares, circles, triangles, etc.

A cube has six faces, which are identical squares. A cylinder has a curved surface and two equal circles as plane surfaces. A sphere is made of one curved surface.

The Number of Flat Surfaces in Various 3D Solids

Look at the figure below. How many plane surfaces can you see?

The above figure is a cube with 6 plane surfaces or faces. Each face is a square. It has one face each on the top, bottom, front, back, and left and right sides.

The surfaces of some common solids are listed below:

The plane surfaces of a solid shape are basic 2D shapes, like squares, rectangles, triangles, parallelograms, circles, and so on. So, to find the surface area of a solid, we must know the area of the basic flat shapes. Here is a list of basic shapes and their area:

Example 1: How many faces does the following 3D shape have?

The flat or plane surfaces of a solid shape are called faces. The figure is a triangular prism. It has 2 triangular and 3 rectangular faces. So there are 5 faces in the 3D figure.

Example 2: What is the shape of each flat surface of a cylinder?

A cuboid has two flat or plane surfaces that are circular.

Example 3: Each side of a cube measures 5 cm. Find the total area of its surfaces.

Which of the following shapes have only flat surfaces?

Cuboid
Cylinder
Sphere
Cone
CorrectIncorrect
Correct answer is: Cuboid
A cuboid has 6 flat or plane surfaces and no curved surface. Cylinders and cones have at least one curved surface, while a sphere has all curved surfaces.
2

Which of the following 3D shapes have 1 flat and 1 curved surface?

Cylinder
Cone
Sphere
Pyramid
CorrectIncorrect
Correct answer is: Cone
A cone has one flat and one curved surface. A cylinder has two flat surfaces. A sphere has all curved surfaces, and all the surfaces of a pyramid are flat.
3

Faces
Edges
Vertices
Volume
CorrectIncorrect
Correct answer is: Faces
The flat or plane surface of a solid is called a face.

What is the difference between the surface area and volume of a cube?

The surface area of a cube is the region occupied by the cube’s surface, whereas the volume is the measurement of space available in the cube.

Yes, polygons are two-dimensional closed-plane shapes with straight sides. All the plane shapes are flat.

Is the plane a flat surface?

Yes, a plane is a flat, two-dimensional surface. It extends infinitely in every direction.