Games for Kindergarteners on Composing & Decomposing Numbers within 10

Composing and decomposing numbers are key concepts kids must understand because they lay the foundation for fundamental operations such as addition & subtraction. SplashLearn's interactive games use visuals to help your child master this concept and strengthen their mathematical foundation. 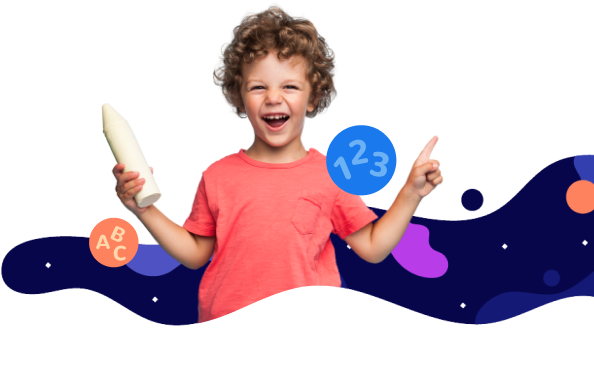 All Roads Lead to Rome - The Nuances of Composition and Decomposition

As children begin working with numbers in kindergarten, the formation of numbers through different compositions can confuse them. Composition refers to how a number is made from the sum of two numbers. The larger the number, the greater the number of ways in which it can be composed. To take the simplest example, the number 4 can be arrived at by adding 2 and 2, 3 and 1, 4 and 0, etc.

Decomposition is the reverse operation of composition, breaking a number down into its constituent components. The key concept for the child to grasp here is that the same number can be arrived at through different permutations and combinations of its constituents.

Since each child has a different learning trajectory, some kids might need a little more help than others in understanding this concept. A fun way to help them understand this is through interactive games.

Interesting Ways to Teach the Topic

Our platform offers a number of fun and educational games through which children can learn and practice how numbers are composed and decompose into other numbers. These include -

We know how much your kids love splashing in the water and playing with colors. This is why we've designed this fun game that blends your kid's love for frolicking with learning about numbers. This game requires the player to put together numbers which then get splashed in different colors, allowing your child to see clearly how bigger numbers are composed of smaller numbers and can, in turn, be decomposed into their constituent parts.

This is a thrilling adventure in which cute, cuddly characters called Oolzoos help the friendly snail clear obstacles and reach his home. On the way, however, Oolzoos need to be added or split and fed their favorite food - chilies - so they can help the friendly snail get home. In the process of adding and splitting Oolzoos, your child gets to understand how numbers are composed and decomposed into other numbers.

This is a game in which the player must compose a number using different colored objects such as cubes, allowing them to understand how different numbers come together to form other numbers.

How to Support Your Child through Kindergarten

To the child's eye, the world is a magical place. Kids can often find themselves amazed at how different numbers are composed and decomposed. The best way to support your child in their learning journey is by joining them in their journey and sharing with them the wonder of numbers coming together and splitting.

Many children struggle with math later in life because of the absence of a strong foundation. Often, kids develop a phobia for numbers because when they first began to work with them, they appeared to them as obstacles rather than as friends. Using a fun, game-based educational approach to learning the fundamentals of mathematics can transform how your kids approach math, resulting in a lifelong love for the subject.