What is a Decagon?

A decagon is simply a ten-sided polygon.

In the above image, different sided polygons are given.

One such type of polygon is a decagon having 10 sides.

In geometry, a polygon having ten sides or a ten-sided polygon is called a decagon or ten-gon. It also has ten vertices and ten angles.

Sum of Interior Angles of a Decagon

There are three possible ways in which we can classify decagons that are given below:

Decagons in which all the sides and angles are equal are known as regular decagons.

The characteristics of a regular decagon are as follows:

e. A regular decagon can be inscribed inside a circle. Also, the circle and the decagon share the same center.

Decagons in which all the interior angles are less than $180^\circ $ is known as convex decagons. Or, a convex decagon is a decagon whose diagonals lie inside it.

In the above figure, all the diagonals will lie inside the decagon.

than $180^\circ $. Or, the decagons that have at least one diagonal that lies outside it are known as the concave decagons.

diagonal will lie outside the decagon.

In the above figure, the decagon is a simple decagon with no sides crossing themselves.

Complex decagons are the decagons that are self intersecting and there are additional interior spaces.

Number of Triangles and Lines of Symmetry in a Decagon

When we join one vertex to the remaining vertices of the decagon, we get 8 triangles. When we join all the vertices independently to each other, then we get $8 \times 10 = 80$ triangles.

Number of Diagonals in a Decagon

Area of a Regular Decagon

Area of a regular decagon is the space occupied between the boundary of the decagon. The formula for area of a decagon is given by: $\frac{5a^2}{2}\times\sqrt{5+2}\sqrt{5}$ where $a =$ length of the side of the decagon.

1. Find the perimeter of a regular decagon if the length of a side is 5 units?

Since, the decagon is regular. So, all sides will be equal.

2. What is the sum of the number of sides, vertices, and angles in an irregular decagon?

Solution: Number of sides of an irregular decagon $= 10$

Number of vertices of an irregular decagon $= 10$

Number of angles of an irregular decagon $= 10$

Solution: Since, the two interior angles of the decagon given above are more than 180 so, it is called a concave decagon.

4. How many lines of symmetry does a regular decagon have?

Solution: A regular decagon has 10 lines of symmetry.

Which of the following is not a decagon? 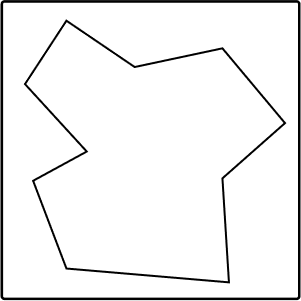 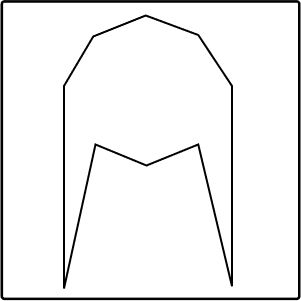 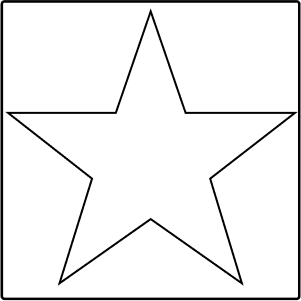 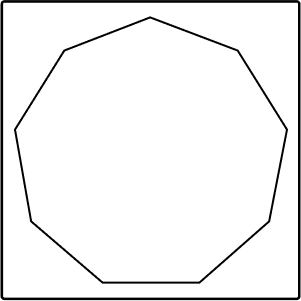 CorrectIncorrect
Correct answer is: D
The number of sides in option D are 9. So, it is not a decagon.
2

Which of the following is false for a regular decagon?

What is the difference between a decagon and a dodecagon?

Can we find decagons in real life?

Decagons can be seen in various things in the surroundings, such as coasters, coins, umbrellas, drums, watches, cutlery, etc. Also, a decagon is an intriguing form of polygons and is widely used while doing wall art.

What is the history of a decagon?

The word “decagon” dates back to the sixteenth century, and is derived from the Latin word decagonum, wherein deca means ten and gonum means angles. So, the word decagon means ten angles.