What Is a Measuring Tape?

A measuring tape is a flexible tool used for measuring length. It is made up of materials like fiberglass, cloth, plastic, metal ribbon or strip. So, it is a kind of flexible ruler also known as a tape measure.  It is marked in centimeters and inches.

Markings on a Measuring Tape

The measurements on the bottom of the image given below are in centimeters and millimeters. 10 millimeters make 1 cm, so there are 10 divisions between each centimeter. Each small division is equivalent to 1 mm. When looking at the given image, the first small mark after the 5 cm marking denotes a measurement of 51 mm which can also be referred to as 5.1 cm.

The measurements towards the top of the given image are in inches. The large numbers, 1, 2, 3 …, marked next to the long markings represent whole inches. Between these numbers are small divisions that represent fractions of an inch. Since 12 inches make 1 foot, there is a ‘foot’ marking after every 12 inches. 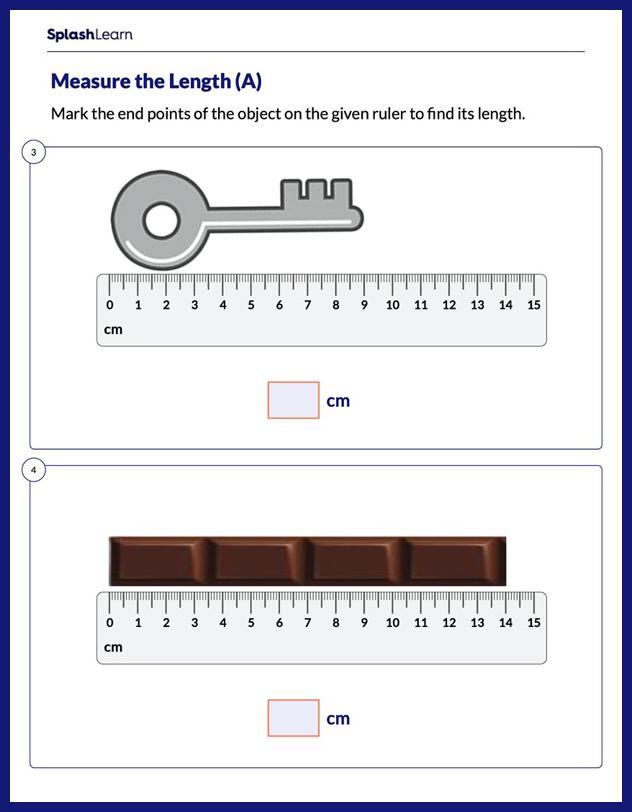 How to Measure Using a Measuring Tape?

Example 1: Read the length of the given objects using the measuring tape as shown.

Example 2: Read the length of the given objects using the measuring tape as shown.

Solution: The vase end is at the second marking after the 7-inch mark. So, the length of the vase is 7.2 inches.

Example 3: Read the length of the given objects using the measuring tape as shown.

Example 4: How many inches are in 25 feet of measuring tape?

Which of the following is used to measure distance?

Which among these cannot be measured by measuring tape?

length
Height
perimeter
temperature
CorrectIncorrect
Correct answer is: temperature
Temperature cannot be measured using a measuring tape. It is measured by a thermometer.
3

Which of the given tools can be used to measure the length of a pen?

What unit of measurement will be the most suitable to measure the distance between two cities?

What is a tape measure?

A tape measure is another name for measuring tape.

Which side of the tape gives measurement in inches?

What is the end of a measuring tape called?

Hook. It is used to extend the tape from the case and hold the tape at one end to measure at the other end of the object.

What are the two most common sizes of measuring tapes?

The two most common sizes of measuring tapes are 12 feet and 25 feet.

What are metric and imperial measurements?