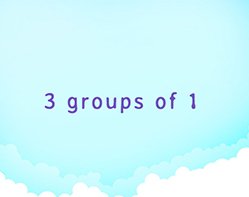 Relate multiplication and addition; multiplying numbers can be thought of as adding a number to itself repeatedly.

What is Repeated Addition?

Repeated addition is adding equal groups together. It is also known as multiplication. If the same number is repeated then, we can write that in the form of multiplication.

Similarly, to solve a multiplication problem through repeated addition, we repetitively group and add the same number again and again to find the answer.

Here are a few examples of repeated addition. 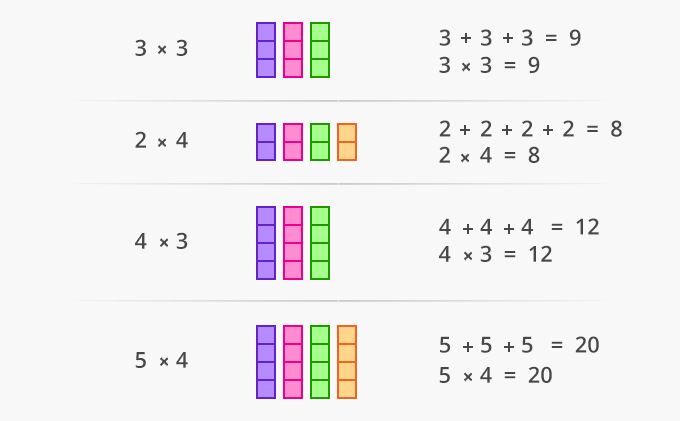 Here’s another example of repeated addition used for multiplication in word problems.

There are 5 groups of chickens. Each group has 3 chickens. How many chickens are there in all?

There are 3 chickens in each group.

There are 15 chickens in all.

Where are you playing SplashLearn?
I am a Parent/Teacher with an existing account
New User? Sign Up as a Parent  or a Teacher