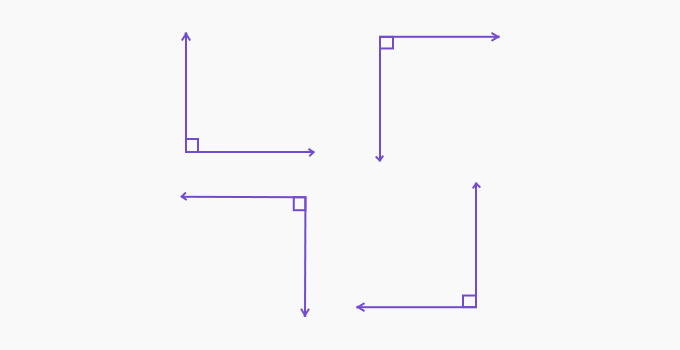 When the right angle is divided into two equal parts each angle measures 45°.

Constructing a angle using a protractor

Step 2: Keep the center point of the protractor at A. Since the angle opens to the right, choose 45° in the list that starts at the right and moves in the anticlockwise direction. Mark the point C. 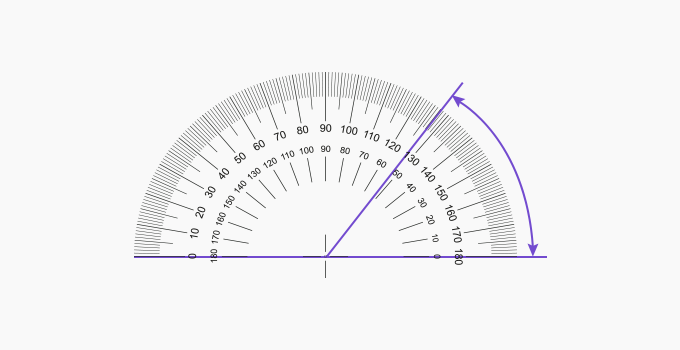 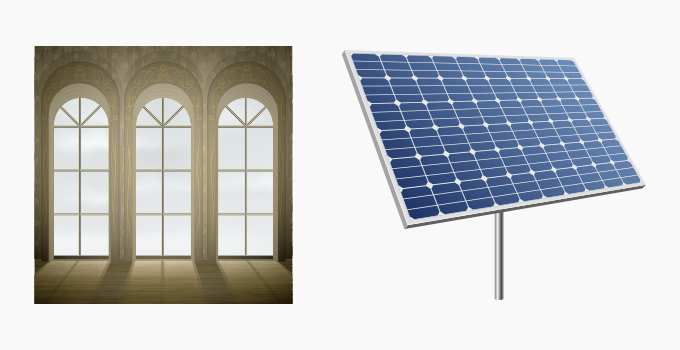 Constructing a angle using a compass 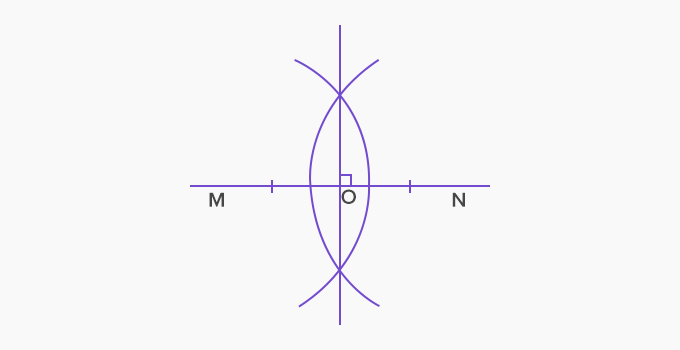 Step 2: Draw an arc centered at O with a radius OM, cutting the perpendicular bisector at P. 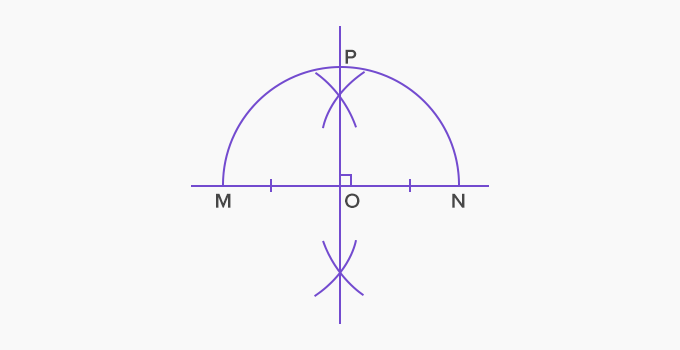 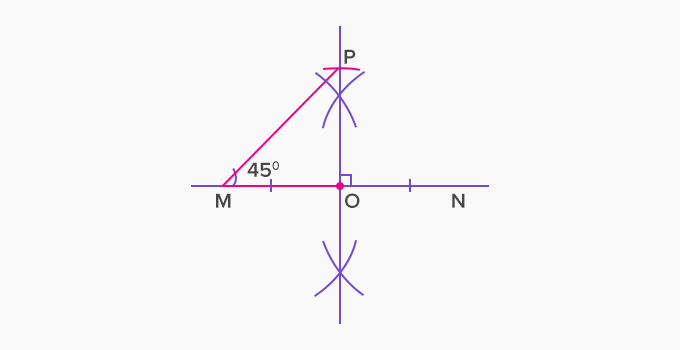 An angle of measure  degree can also be constructed by constructing the angular bisector of a right angle.