Here, for instance, a fact family has been created using the numbers 9,4 and 5 where 4 and 5 are parts, while 9 is the whole. 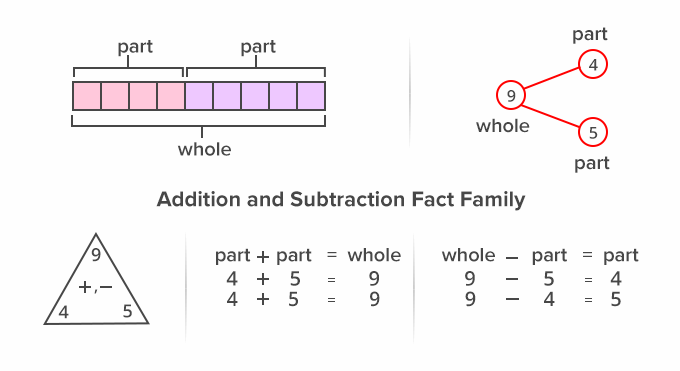 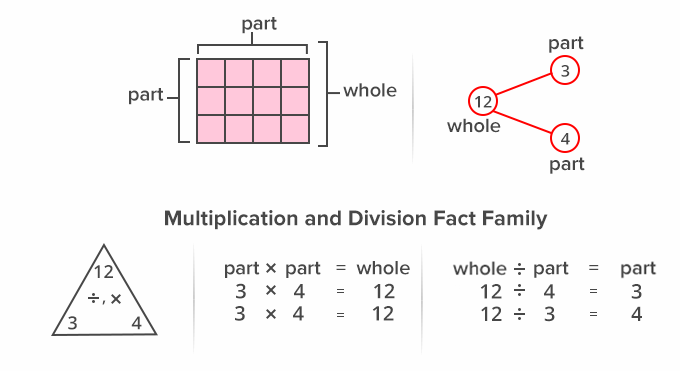 Three numbers – it’s a family bond!
Just multiply or divide to respond.
Or whether you add or subtract,
In the end, you get a family of facts!