Geometry is a branch of mathematics that studies the sizes, shapes, positions, angles, and dimensions of things.

Flat shapes like squares, circles, and triangles are a part of flat geometry and are called 2D shapes. These shapes have only 2 dimensions, the length and the width.

Examples of 2D shapes in flat geometry are as shown below.

The attributes of a three-dimensional figure are faces, edges, and vertices. The three dimensions compose the edges of a 3D geometric shape.

A cube, rectangular prism, sphere, cone and cylinder are the basic 3-dimensional shapes we see around us.

In geometry, an angle can be defined as the figure formed by two rays meeting at a common endpoint. An angle is represented by the symbol ∠. Angles are measured in degrees (°) using a protractor. For example, 45 degrees is represented as 45°.

The angles are classified based on their measurements as:

The vertex of a shape where two edges meet form an angle. Different shapes in geometry have different angle measures.

Examples of different Polygons with their angles and sides are as shown below.

We learn various aspects of shapes, like the measurement of angles, length of sides, area, volume, etc in geometry. Similarity and congruence are two important aspects of geometry.

Similarity: Similarity is when two shapes are the same but their sizes may vary.

Congruence: Congruence is when two shapes are exactly the same in shape and size.

We use Formula and Theorems to solve the geometry problems.

A formula is a mathematical equation to solve a geometry problem while a theorem is a statement that is proved using previously known facts.

However, a2+b2=c2 is the formula for finding the hypotenuse of a right-angled triangle.

– The word geometry is made from the Greek words “Geo” meaning “earth” and “metry” meaning “measurement”.

A closed shape that does not cross itself is a simple closed curve. Polygons are closed shapes formed of only straight lines like triangles, rectangles, pentagons and so on.

The given figure is curved and is not made of only straight lines, this is not a polygon.

Solution: △ ABC is the given right triangle with ∠B=90°.

The flat surfaces in the prism are as given below:

△ BCD and △ AEF form the triangular faces of the prism.

Which of the following is a simple closed curve? 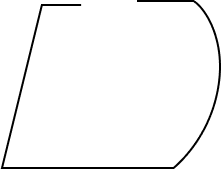 CorrectIncorrect
Correct answer is: B
A closed shape that does not cross itself is a simple closed curve. It has the same start and end points.

Which of the following is a 3d shape?

CorrectIncorrect
Correct answer is: D
The given shape is a 3d shape and is called a cube.

How many sides and corners does the given figure have? 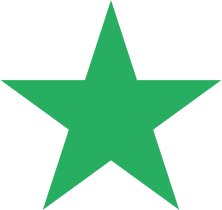 What is the relationship between mathematics and geometry?

Mathematics is an umbrella term for various disciplines that focus on logic and abstract concepts. Geometry is one of the branches of mathematics that deals with shapes and sizes of figures and their properties.

What are some applications of geometry?

Geometry can be applied to many areas such as architecture, electronics, engineering, and construction. It can also be used in fields like science to develop projects or programs for space exploration.

What is the main difference between 2D and 3D shapes?

The main difference between 2D and 3D shapes is the absence of depth or height in 2D shapes. They are flat figures. 3D shapes exist in three dimensions with length, breadth, and height and do not appear flat.

What is the difference between algebra and geometry?